Another successful gathering at the Frankfurt Bookfair

Previous Next
loading...
Another successful gathering at the Frankfurt Bookfair 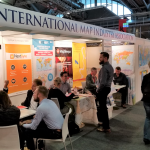 Last week, IMIA held a collective trade booth at the Frankfurt Bookfair, which brings together book and map publishers, distributors, retailers, and public consumers from around the globe. The first two days are exclusive to professional attendees while the weekend is open to public visitation. This year’s reported attendance exceeded 300,000 total visitors — up 5.5 percent from last year.

A particularly fun social event was the annual Whisky & Cheese Party at the IMIA booth Thursday evening, hosted by our favorite Scots, Tim 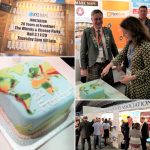 Rideout & Mark Fairbairn of XYZ Maps. This year marked their celebration of 20 years of XYZ Maps at the Bookfair, and one could easily argue their party gets better each year! On Friday the IMIA hosted a member’s dinner reception at Weinstube im Römer, the iconic German restaurant in the heart of Frankfurt’s public square Römerberg.

IMIA would like to specially thank Hans Niemeyer of INTERKART GmbH in Hamburg, Germany. His longtime organizational involvement and efforts are what make our collective stand at Frankfurter Bookmesse such a success! A resounding “Prost!” to you Hans!