IMIA Asia Pacific announces its new initiative of organising local Meetups in Australia and other members’ cities in the AP region. These meetups are aimed to organise local gatherings of members & non-members for knowledge sharing & networking. The topics would be about the business of mapping, discussing new trends in subjects related to the mapping industry. IMIA aims to provided increased membership value to IMIA members and opportunities for local networking with members & non-members. We aim to conduct 5-6 such Meetups in the AP region in the year 2016.

The Meetups would aim to present 3-4 presenters talking 10 minutes each on different topics under a common subject. The group would then be open for discussions and Q&A on the topic and follow up with networking.

IMIA Meetup is returning to Melbourne and we have a great line-up of speakers and presentations.The event will include four lightening talks of 5-10 minutes each with time for questions, plus an opportunity to network with others over a few drinks, sponsored by Hema Maps. Spatial Vision has kindly offered their meeting space for us to get together, learn and socialise. 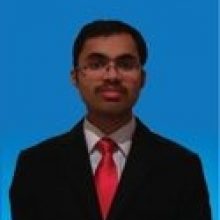 Open Data is key element to transparency and accountability in the wider world. However, releasing spatial data in some countries have been slow for their own reasons. Referring to the example of Malaysia, one of the civil society groups – Sinar Project – strongly pushed for open data concept and sharing among the civil groups. Using the global standard open data platform, Sinar Project requested spatial data to be released to help policy makers (elected representatives) and public in making informed decision. This presentation discuss Tindak Malaysia (of whom Danesh represent) project of releasing of electoral and administrative boundary datasets through Sinar Project platform. Examining why the importance of open spatial data, implications and constraints of doing so. 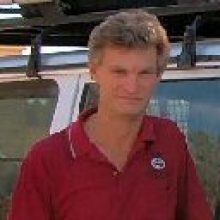 Hang on to your dreams – Binns Track

Graeme has travelled Australia extensively through his role at Westprint Maps. His knowledge of Australia’s outback areas, and in particular the highways and byways that criss-cross our country, is exhaustive. Graeme’s presentation will focus on a relatively new trail that extends from northern South Australia to Katherine in the Northern Territory. 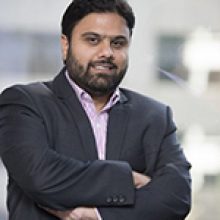 With over fifteen years in the software development industry, Imran has been Applications Development manager at FE Technologies and Dun and Bradstreet, managing large development teams and projects. Imran has undertaken significant practical investigation into indoor mapping and beacon technologies and has led the development of related products for Spatial Vision.

Imran will be presenting some of the findings from his investigation into indoor mapping technologies. 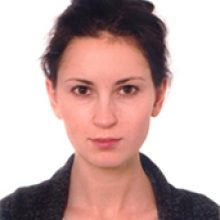 Julija has been working for HERE (formerly known as NAVTEQ) since 2008 when she joined a small team of cartographers in Riga, Latvia. After being relocated, she continues her career in HERE as a Geographic Analyst in Melbourne. HERE provides mapping data and location services to the automotive, consumer and enterprise sectors. Julija is passionate about working on improvements of pedestrian navigation for HERE Maps, looking after bicycling, hiking, snowboarding and skiing data, and enjoys exploring the great outdoors in her spare time. During this presentation Julija will be talking about the modern methods of data collection and how mapmaking has evolved.

Or through this form:

The IMIA Adelaide Meetup was held on the 6th July, 2016 at the Department of Environment, Water & Natural Resources offices in Waymouth Street, Adelaide. The lightening talk format kept people engaged throughout five interesting and informative presentations with all presenters being asked many questions. The Adelaide Meetup was sponsored by Hema Maps along with the Department of Environment, Water & Natural Resources who provided the venue. The feedback from attendees was very positive with several people commenting that they would be interested in coming along again. Presentations & Pics here

These were some real comments by real people about the great success of the International Map Industry Association (IMIA) Meetup in Brisbane on the 21st of April 2016. The meetup was second in the series of meetups planned this year and more than 50 spatial professionals, government officials, spatial business owners, and representatives of various organisations participated. The first Meetup in Melbourne in February was a big success and this was an even bigger event. The venue was the Landcentre in Brisbane which is home to the Queensland Government’s mapping and surveying agency.
Read More…

The first meetup is scheduled for 28th Jan 2016 in Melbourne. Topic for this meetup is Map Publishing and Retail in the Digital Age. Four speakers will be presenting their thoughts and experiences on this. The speakers are – Dave McIlhagga from MapSherpa Canada; Alex Rossimel, John Wiley & Sons; Craig Molyneux, Spatial Vision and Bruce McGurty, Explore Australia.

The event will include four lightening talks of 5-10 minutes each with time for questions, plus an opportunity to network with others over a few drinks.

We thank Hema Maps for sponsoring the first three Meetups. Spatial Vision has kindly offered their meeting space for us to get together, learn and socialise for the first Meetup.